Akro is the brainchild of three very distinct personalities, who have crossed cities, disciplines and mindsets to create a unique fragrance brand - one which was birthed in the age of instant gratification, but rooted in the traditions of artisan perfumery.

It all started a few years back, when young West Londoners Jack Miskelly and Anaïs Cresp met whilst working the bars and pubs of Ladbroke Grove. They spent many a heady night together; pouring drinks, laughing with the locals, accepting drinks as tips and soaking in the different beats, sounds and dialects of the area, before eventually falling for each other.

Jack and Anaïs then spent a lost summer together, partying across Paris and London, indulging in everything those cities had to offer and constantly talking about their dreams and ideas for the future. Eventually, all those late night cigarette chats led to something constructive: the idea of bottling our addictions.

The world of perfumery was one Anaïs knew well. Her father, Oliver Cresp, is one of the world's foremost practitioners of the art - the man behind some of the most well-known fragrances on the planet. Together the three of them began to share ideas, stories and eventually scents. Soon enough, Akro was born. 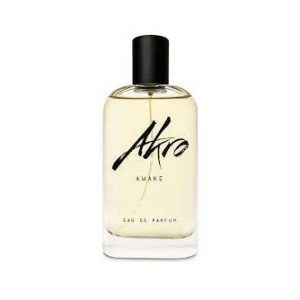