Italian designer Gianfranco Ferre dabbled in architecture before diving into the worlds of fashion and fragrance. Born near Milan, Italy in 1944, Ferre earned an architecture degree at Politecnico di Milano. Although he began working in the fashion industry almost immediately after graduation, his background in architecture inspired many of his designs, earning him the nickname the Architect of Fashion.

Ferre started out designing accessories and then raincoats before establishing his own fashion brand, Balia, in 1974. His first signature women's collection was introduced in 1978, with an emphasis on clean, crisp lines and rigid structure. It was followed by a men's collection in 1982 and an haute couture collection in 1986. He then went to work as stylistic director of Parisian design house Christian Dior in 1989, although he continued to run his own fashion house in Milan.

Ferre's first haute couture collection for Dior earned him the Golden Thimble award, and he won the prestigious Golden Eye award for Best Italian Designer six times. Spurred by his phenomenal success, Ferre launched his first fragrance, Gianfranco Ferre for Women, in 1984. Many more fragrances would follow, many of which feature Ferre, Gianfranco or Gianfranco Ferre as part of the name. 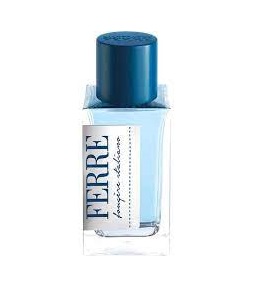