Loewe was founded in 1846 as a leather goods workshop in Madrid, Spain. In 1872 the German entrepreneur Enrique Loewe Roessberg developed the workshop into a luxury goods company and gave it his own name in the process. Over the next century, Loewe became known for its quality merchandise and its commitment to modern design.

In 1965, the brand offered ready-to-wear fashion to its offerings. in 1996, Loewe was acquired by the Louis Vuitton Moët Hennessy luxury conglomerate, but the brand is still headquartered in Madrid. Loewe stores operate in thirty-five countries, selling men’s and women’s fashion and accessories as well as fine leather goods.

Loewe’s fragrance line was launched in 1972 with the women’s perfume L de Loewe. It has expanded rapidly since 2000 and is constantly adding new fragrances for both genders. Solo Loewe, 7 de Loewe, and various “sport” flankers are popular choices for men. Aura, the humorously named I Loewe You, and Quizás, Quizás, Quizás (inspired by a traditional Spanish song) are best-sellers for women.

Some scents, such as Agua de Loewe Mediterráneo, are unisex. Loewe’s fragrances, like its leather goods, are often stamped with a symbol of four intertwined Ls as a brand emblem signifying style and excellence. 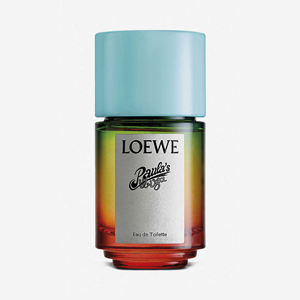