When you think of Mercedes-Benz, what comes to mind? Fast, high-performance luxury vehicles, sure — but perfume? In 2012, however, Mercedes entered the fragrance world at full speed, bringing on board some of the most world's most notable noses to create a collection of sumptuous, high-end scents that matched the German automotive brand's standards of impeccable quality and modern luxury.

In addition to the brand's mainstream scents, Mercedes also introduced a collection of five VIP Club fragrances in 2015, each designed by a renowned perfumer: Addictive Oriental by Alberto Morillas, Black Leather by Honorine Blanc, Energetic Aromatic by Annie Buzantian, Pure Woody by Harry Fremont and Infinite Spicy by none other than Oliver Cresp. 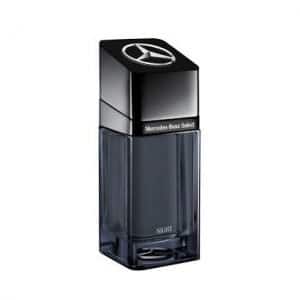 The Move Express Yourself