Mixing refined masculinity mixed with a little Mediterranean charm, the Ermenegildo Zegna Acqua di Neroli Eau de Toilette is a refreshing and energising citrus aromatic scent for men. The scent opens with a blend of signature Zegna bergamot and petitgrain, both bright and dewy. A classic, aromatic heart of lavender, cypress and rosemary adds cool woodiness to the invigorating scent of neroli, while violet leaves and watermelon add a stimulating facet to the fragrance with a green crunch and a refreshing splash. In the dry down, musk captures the allure of the coast at dusk.

You may know Ermenegildo Zegna as a perfume house, but the company has an extensive history dating back to 1910 as one of the largest fabric producers in the world. The Zegna Wool Mill employed over 1,000 people by the 1930s. Ermenegildo Zegna was the founder of the company, with sons Angelo and Aldo joining their father's trade in 1942. The boys took over the manufacturing company in 1966 when their father died, and they steered the company in a global direction, setting up additional factories in Switzerland and Spain. The company is still under family management. Zegna became an international powerhouse in fabric making, with eight manufacturing bases worldwide, offering custom and ready-made suits. Zegna manufactures high-quality wool suits for fashion designers such as Gucci, Tom Ford, and Yves Saint Laurent. Zegna is also renowned for exploring new technologies to enhance wool production. Zegna debuted its first boutique in 1980 and now has over 500 boutiques internationally. Zegna has a store presence in major cities around the world, and the company has since branched into the areas of shirts, ties, knitwear, and fragrances. Zegna's first fragrance was established in collaboration with YSL Beaute, and the company expanded its perfume line in an agreement with Estee Lauder Companies in 2011. Zegna fragrances include Acqua D'Estate Essenza, released in 2005, Uomo in 2013 and Haitian Vetiver in 2014. 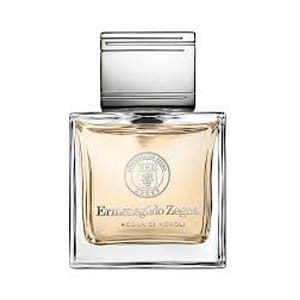