Black and white… good girl, bad girl. GOOD GIRL is a sensual, evocative fragrance born of the beautiful contradictions and the ever-present duality of modern women and modern life. Both freshly light and moodily dark, this innovative fragrance captures a woman’s wondrous complexity with surprising and exceptional ingredients. The sweet, alluring qualities of jasmine give GOOD GIRL its brightness and femininity. The darker side is created with richly fragrant cocoa and intoxicating tonka. Almond and coffee bring the scent its immediate vibrancy. Tuberose, extracted in a new way that creates a rich delicacy, is the fragrance’s wild card, bringing fluidity and femininity. GOOD GIRL exemplifies the effortless elegance and wit of the House of Herrera.

Herrera's first perfume arrived in 1988. She believes designers should embrace the opportunity to launch fragrances "because that's what gets your name everywhere."  In 1995, her company was acquired by the Spanish company Puig, which had worked with her on perfumes. Herrera remained creative director. With the debut of the CH Carolina Herrera line in 2008, Herrera began offering more casual designs suited to day-to-day activities.  Herrera's products now include menswear, womenswear, children's wear, accessories, a home collection and fragrances, which are available in stores across the globe. Herrera was able to succeed without resorting to overtime, something she feels is unnecessary. "You should be able to do what you are supposed to do during regular hours. Otherwise, you get too tired," she declared in 1994. Herrera's two younger daughters eventually joined her company. Patricia became a member of the design team who also undertakes special projects. Carolina established herself as creative director for fragrances. "It's quite useful to have your children in the company," Herrera said in 2013. "They tell you immediately if they don't like something." In 2018, Herrera stepped down as creative director to become global brand ambassador. Wes Gordon stepped into the creative director role, with Herrera's approval. 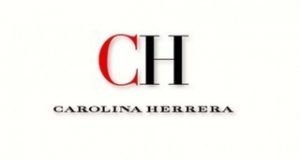 Be the first to review “Good Girl” Cancel reply