Based on the combination of notes Creed Viking Cologne is classified as Aromatic Fougere fragrance to the nose. The fragrance composition is a creation of Erwin Creed 7th, Olivier Creed 6th Generation. The emanation of flavors and scent notes for Viking Cologne unfurl in a whiff of citrus and spice opening top notes including bergamot, lemon, mandarin orange and pink pepper. The aromatic and floral heart center notes blend in with geranium, lavender, rose, mint, rosemary, sage, nutmeg and pepper while the deep woody and resin base notes leave an impression of frankincense, cedar, patchouli, sandalwood and velvet. 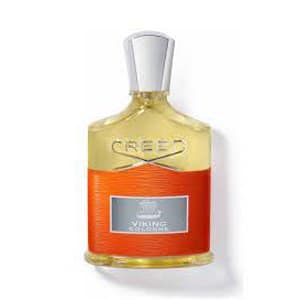