Add some sparkle to your day with the bright and fruity scent of Banana Republic Dark Cherry & Amber perfume for men and women. Banana Republic released this fragrance in 2019. It opens with top notes of pink freesia and sour cherry before drying down to a heart of praline and cherry blossom. The slight sweetness of the middle notes drifts into a warm base of red amber and cedar. This is a light and uplifting fragrance for gourmand lovers everywhere.

Banana Republic is an American clothing retailer and part of The Gap, Inc. Banana Republic is just one of the corporation's brands, which also include Gap, Old Navy, Athleta and Piper Lime. The original Banana Republic was founded by Mel and Patricia Ziegler in 1978. Originally a chain of just two stores that offered safari and travel-themed clothing, the majority of its sales were generated by its eccentric, hand-illustrated catalog, which presented high-end and unique items with conversational backstories from exotic locations, as well as more common high-volume products deliberately spiced up with a similar treatment. At that time, Banana Republic was known for the safari-themed decor of its stores, often featuring authentic elements, such as real Jeeps, plants and trees, as well as atmospheric elements, such as fog and steam. 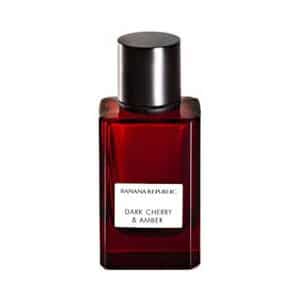