Feel the power of Norway in this, fresh, cool scent. Invigorating for everyday wear but memorable enough to be your signature scent, Geir for Men evokes the refreshing spirit of Norwegian mountains and the warm, sensual scent of exotic herbs and spices in this Eau de Parfum for Men.

Coming from humble beginnings, Geir Ness went from a struggling aspiring actor to a successful fragrance designer. Hailing from Oslo, Norway, Geir Ness loved film and theater, and he moved to Los Angeles to give acting a try. While pursuing his dreams, Ness worked as a department store fragrance model to earn cash. When questioned by customers about his accent, Ness would engage in conversations about his home country, and he soon realized that Norway had no fragrance industry. Geir Ness created his well-known fragrance, Laila, in 1995 and named it after his biggest supporter and inspiration, his mother. Geir staged a publicity event at Nordstrom's and asked friends from acting school to pretend to recognize him as a Norwegian celebrity. His first order of 1,000 bottles of Laila sold out in only one hour, and women have enjoyed its fresh, fruity fragrance ever since. The light scent combines notes of wildflower and watermelon for an unforgettable feminine fragrance. Released in 2006, Geir Ness for men combines floral and woodsy notes with green notes, spices and citrus scents for a unique blend that leaves you feeling refreshed. In addition to his successful career as a perfumer, Geir Ness also works as a motivational speaker in Europe and the United States, speaking at seminars and schools and reminding others to stay focused on their goals. He is also a philanthropist, donating money and time to causes such as the Susan G. Komen Foundation and the Norwegian Cancer Society. 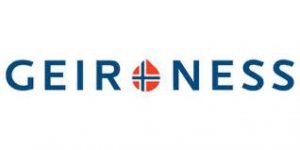