Halloween Man Cologne by Jesus Del Pozo, For a fall evening, you want the sophisticated aroma of Halloween Man cologne around your pulse points. It first came onto the market in 2012. It features a wonderful array of notes, including top scents of mandarin, apple martini, green basil and violet leaf. The heart brings out several aphrodisiac aromas with Tunisian orange blossom, ginger, lavender and cinnamon. The base is quite sexy with scents of vanilla, leather, gray amber and musk.

Jesus del Pozo, award-winning Spanish designer of men's and women's fashions, opened his first store in 1974. Del Pozo began his career at the same time Spain was on its way to becoming a democracy, a time of great change. Del Pozo is credited with influencing style in Spain to bring the country's fashion into modern times. Influenced heavily by Cristobal Balenciaga, del Pozo presented his first collection in 1976. His successful line of wedding gowns and ready-to-wear expanded in 1992 to include perfume with the introduction of Duende perfume for women. Duende is a floral, sweet fragrance influenced by lime blossom, melon and mandarin orange. Esencia de Duende, presented in 1996, is a floral green fragrance with citrus as the main scent. Halloween was introduced in 1997 and became an international success. Said to be designed for the woman who is mysterious and seductive, it is a romantic combination of violet, lime and green banana with spicy undertones. The Halloween line continued with Halloween 2005 and Halloween Freesia in 2006, with new Halloween perfumes released almost every year up through Halloween Fleur in 2013, which is a youthful floral scent. Del Pozo also produces several men's fragrances in the Halloween line. These include Halloween Man, an oriental scent with woody undertones and Halloween Man Rock On, a masculine fragrance with woody, aromatic and spicy ingredients. 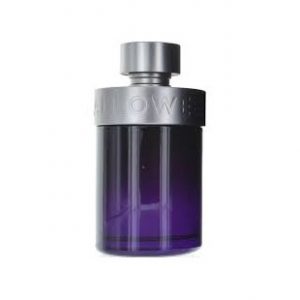