The fragrance opens with the crisp vivacity of mandarin and citrus notes tempered with calming lavender and the subtle sweetness of honeydew melon. Vibrant notes of geranium accompany pineapple leaf and blend harmoniously on the skin with the heady aroma of rare patchouli. At the base, notes of warm, amber-based wood are blended to form a signature fragrance that is distinctive and alluring.

In the early 1990s, a shoemaker named Jimmy Choo, who operated out of the East End of London, caught the eye of several celebrities, including Princess Diana. After several years of mounting notoriety, in 1996, the Jimmy Choo brand was officially founded with Choo, his niece Sandra Choi and OBE Tamara Mellon at the reigns. The first store opened that year on Motcomb Street in London. Although Jimmy Choo left the company in 2001 and Tamara Mellon departed in 2011, Sandra Choi is still the creative director for the company, which is known for its glamorous, high-heeled women's shoes and exquisitely designed men's shoes. The company is also a leading designer of women's handbags and accessories. In 2001, Jimmy Choo released its first, self-titled women's scent. Boasting sweet toffee caramel and Indonesian patchouli notes, this fragrance placed the fashion house into the global fragrance realm. Later that year, the design house released the Jimmy Choo Limited Edition fragrance. The designer has several women's fragrance offerings, including Jimmy Choo Exotic, Flash London Club, Jimmy Choo Parfum and Jimmy Choo Eau de Toilette. All of the scents boast distinct scent notes, yet share ethereal, finely detailed bottles especially designed to bring high style and old-world glamour to the vanity table or countertop. The 2014 release of Jimmy Choo Man, which intermingles earthy, fruity and pungent scent notes, is the fashion design house's debut men's fragrance. 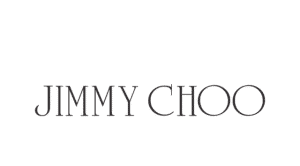