Following the success of its Club line dedicated to the young generation. Mercedes-Benz Parfums launched Mercedes-Benz Club Black, a fragrance with original and contemporary curves and oriental accents.

This Black edition has noble and refined notes, designed for people in search of a powerful trail with a strong personality. Created by master perfumer Olivier Cresp as a symbol of virility and intensity. It starts out with a top note of bergamot, followed by a heart of jasmine and incense. That gives way to a dry-down of vanilla, ambroxan, benzoin and golden woods. That rounds out this Woody-Amber eau de toilette with an irresistible and addictive trail.

When you think of Mercedes-Benz, what comes to mind? Fast, high-performance luxury vehicles, sure — but perfume? In 2012, however, Mercedes entered the fragrance world at full speed, bringing on board some of the most world’s most notable noses to create a collection of sumptuous, high-end scents that matched the German automotive brand’s standards of impeccable quality and modern luxury.

In addition to the brand’s mainstream scents, Mercedes also introduced a collection of five VIP Club fragrances in 2015, each designed by a renowned perfumer: Addictive Oriental by Alberto Morillas, Black Leather by Honorine Blanc, Energetic Aromatic by Annie Buzantian, Pure Woody by Harry Fremont and Infinite Spicy by none other than Oliver Cresp. 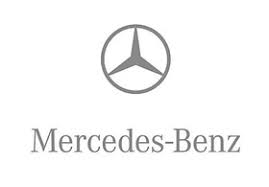 Be the first to review “Mercedes-Benz Club Black” Cancel reply