Narciso Rodriguez For Her EDP

Essence is a sensual and luminous fragrance with a modern heart of musc. Enhanced by radiant notes of rose petals, iris, and hints of amber, the result is a pure fragrance of soft florals and powdered musc.

The New Jersey-born Narciso Rodriguez studied fashion at the Parsons School of Design before working for various New York designers including Anne Klein and Calvin Klein. Rodriguez's early success led to his simultaneous holding of two prominent positions within the fashion world in 1995: Design Director at TSE in New York and Design Director of Cerruti in Paris. During this time, Rodriguez also designed Carolyn Bessette's dress for her wedding to John F. Kennedy, Jr. In 1997, Rodriguez's newly created fashion label, simply titled ""Narciso Rodriguez,"" launched its first clothing line. The actualization of Rodriguez's talent and brand continued when he was named design director by Loewe for its Women's Ready to Wear Collection. This year also saw professional accolades for Rodriguez, as he won the Best New Designer awards from Vogue/VH1 and the Council of Fashion Designers of America. Rodriguez returned to the United States in 2001 from abroad to launch his new clothing line, and a year later he won the ""Designer of the Year"" award from the CFDA. He was a repeat winner in 2003, as well. In 2009, Rodriguez designed a prominent dress for First Lady Michelle Obama. In 2003, Narciso Rodriguez collaborated with Shiseido's Beaute Prestige International Brand and launched his first fragrance, titled ""For Her."" The male equivalent, ""For Him,"" was released in 2007. Other perfumers who have worked with Rodriguez include Alberto Morillas, Francis Kurkdjian and Christine Nagel. 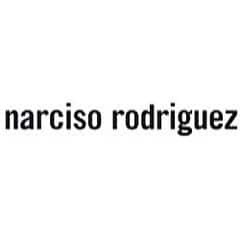 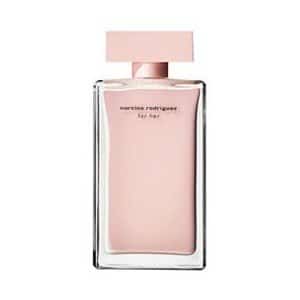