Perfect for day or night, Marc Jacobs Eau So Decadent provides a new way to indulge: feminine, fun and glamorously irreverent. This vibrant expression inspires women to revel in a moment of freedom and enjoy something for herself. Sheer, light, and lavishly luxurious, Eau So Decadent introduces juicy fruits and radiant florals to create an enticing feminine signature, while white amber reveals a hypnotic sensuality for a luminous and soft dry down. Sensual.

A legend in the fashion industry, Marc Jacobs is as famous for co-creating some of the most celebrated women's, men's and unisex scents on the market as he is for designing clothing. In 2001, Marc Jacobs teamed up with scent design house Coty to release two very well-received scents Marc Jacobs for Women and its companion men's fragrance. Throughout 2006, this partnership thrived with the addition of three unisex splash colognes, appropriately named Fig, Cotton and Cucumber for the accentuating single scent note of each. Throughout his illustrious scent co-design career, Marc Jacobs has released more than 50 fragrances for men and women, including the critically acclaimed 2007 Daisy for women and the 2010 Bang for men. After brief stints designing clothing for Perry Ellis and Louis Vuitton, Marc Jacobs now runs several extremely successful women's, men's and children's clothing, handbags, shoes and accessories lines. 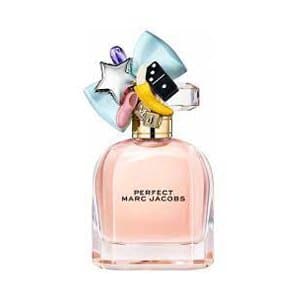