Toy Boy is the new, exclusive fragrance by Moschino that reinterprets elegance with a touch of irony. It speaks to a unique, dynamic, enthusiastic, and passionate person.

Moschino, a famous Italian designer house, was founded in 1983 by Franco Moschino. His first designs were jeans and casual wear. Later, his line was extended to include evening wear, lingerie, shoes, accessories, jewelry, cosmetics, menswear and eventually perfumes. The Moschino brand gained international recognition and popularity very quickly. His designs were very colorful, eccentric and elegant with the classic techniques of cutting and stitching that he learned from traditional Italian tailors. Moschino's first perfume, Moschino, a women's fragrance, was launched in 1987. In 1990, a men's version followed. Since then, 16 more fragrances have been launched under Moschino and Cheap and Chic brands. The most recent fragrance, Cheap & Chic Chic Petals, was launched in 2013. Many different collaborators have worked with Moschino to create its line of perfumes, including Olivier Polge, Nathalie Lorson, Antoine Maisondieu, Olivier Pescheux, Guillaume Flavigny, Olivier Cresp, Vincente Marcello and Ilias Ermenidis. When Moschino died unexpectedly in 1994, his assistant and dear friend, Rossella Jardini took over the company. The brand itself has since attained even greater popularity, and it expanded with boutiques all over the world, as well as with an online shopping website. In 2010, the Maison Moschino Hotel opened in the center of Milan, It was designed in the spirit and colors of Moschino. Jardini led the company until October 2013, when it was taken over by Jeremy Scott. 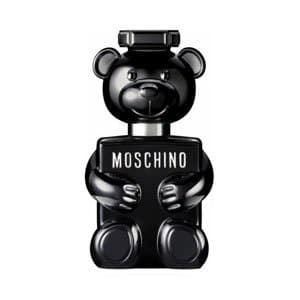